Academic impact and the melting of meaning 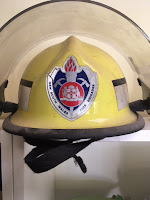 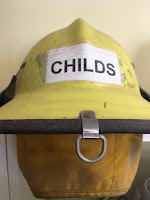 Flowing through my twitter stream are many articles, blog entries, and comments about how to build an academic career with impact. What rock star supervisor to do your PhD with. What A-grade journal to publish in. What prestigious grants to get. What impact factors to accumulate. It's the thing on the tip of so many academic tongues - and rightly so I guess, it's a competitive world out there characterised by exploitation, job insecurity and rampant casualisation. One recent arrival was The happy academic's Blog post What advice would world-leading academics give their EMCR selves? It's an enjoyable read.

Hmmm. I'm not a 'world-leading academic', so very few of us are. That is the first most important thing to say upfront. There is no need to be 'world leading' to make an impact and to have a great career. I knew that as an early-career researcher (ECR) and I validate her/my point of view now, so many years later. The truth is, I have nothing to say to my ECR self - she (I) did OK, and I got to where I am, one way or another, and if I had arrived at a different place, that would have been OK too. I'm proud of my ECR self - it was a tough ride sometimes, that working class kid done good.

As I think about my career my thoughts aren't backwards looking. I'm not thinking about what I might have done better, or that ARC grant I was lucky to get early in my career, my alt-metrics, my citations, or the many thousands of hours of teaching. No. My thoughts begin with the visceral and existential melting of meaning: my mother, with late stage Alzheimer's. Ten years ago she did not know that what she was doing, what she was saying, and the choices she was making, would be entirely forgotten. She did not know that what seemed important, would no longer be important. That as her sense-making melted the impact she had as a woman, living a life, would be obliquely sewn into the fabric of her children, the trees that she planted, the pebble splash of her presence at social justice, political and environmental rallies and through her vote as an Australian citizen. Her tendril impact was me, at a cellular level, and through me, any impact I ever had on crafting a better world.

So as I've thought about my impact over the past decade I've become quite focussed on the melting of meaning. I imagine: what if I, in ten years hence, were in the early stages of Alzheimer's? In that imagined future (and yes, I'm touching wood) I'll soon not remember my life, my children, or my stories. I won't remember writing this Blog entry, or what a Blog is, or what a computer is, or what electricity is, or what reading and writing is, or what thinking is. I won't remember the Frankfurt School, or Freire, or bell hooks, or critical pedagogy. I won't remember to comfort myself philosophically with Berman: all that is solid melts into air.

In that imagined future - what do I hope others might see as my 'impact factor' in terms of my work as an academic? Well, it isn't my ARC grant, or my publications, or my employment title. It is the honorary yellow Inspector's helmet, awarded to me by graduating firefighters in Fire and Rescue NSW in 2007 that sits on the top of my bookcase with the name 'Childs' playfully stuck on the back where a firefighter's name rightly goes. That helmet never got me promoted, never lead to citations, never lead me to be world leading.

What else? It's every fire service in Australia that now includes as a matter of course, images of female firefighters on their recruitment and promotional materials. It's female firefighters and their champions - every single one of them who have never heard my name. It doesn't matter. Not a bit. They are their own ravelling of muscles, intelligence and decision-making, all of their own in community with others.

It's every young women I've ever mentored because as Alice Walker told us, each one must pull one towards equality and inclusion. I don't need to remember that I did that. It's there. As my dear friend Rebecca might say you did the Thing.

It's every policy that I have worked to revise - though no-one will ever remember that I did - that in someway challenged the entrenched elitism of the University going forward. It's the echoes, the small ripples of voice and energy, that was part of the cacophony of democracy fighting against nuclear war, Iraq invasion, Indigenous land rights, Unionism. It's the green leaves of kindness, respect, intelligence and gentleness grown strong in my two sons. It's the activist research I did. It's the anti-guru bullshit-calling anti-forelock-pulling attitude that has been critical to me making sense of the academe. I was never here to be seminal. Not everyone is, not everyone can be, and most in truth are not.

My name is not on those echoes and ripples. They flow and melt away, as meaning does. In that imagined future, where someone feeds me, and someone dresses me, and I have no agency and my thoughts are misfiring crackles in missing spaces of grey, I won't remember to be glad I was happy I was an echo and a ripple.

But right now, in this moment, I am awfully proud of that helmet, and of the good-enough academic I was as my younger-self, making a  good-enough difference.

Posted by Merilyn Childs at 6:57 PM