When 'the look' is contested and the consequences are deadly

Introduction
The use of a visual studies methodology leads researchers such as myself to consider digitized images, including photographs, as a way of understanding, interrogating and creating meaning. In my own work, for example, I've considered "the look" of disaster photographs following the Boxing Day Tsunami from a gendered perspective; and "the look" of learning spaces that failed to represent non-institutional spaces. I've argued the need for an 'ethic of seeing' in the context of disasters, drawing in part of the notion of visual ethics. And I've created history for female fire fighters through the digitization of lost and unknown photographs from the early 20th century.


The importance of the look (visual representations of social phenomenon) and visual ethics has been reinforced by two critical events that have taken place in North America during the past few weeks. The first is the contested space concerning seeing Dzohkhar Tsarnaev (one of two alleged Boston Bombers) through photographic representation. The second is how Zimmerman argued he saw (and then shot to death) young black American Trayvon Martin. Zimmerman was found Not Guilty of the death this week.

Discussion
Triggered by the front cover of Rolling Stone,  an angry debate has broken out concerning appropriate images to be shown of the alleged "Boston Bomber" Dzohkhar Tsarnaev. Viewer's were outraged when invited to see Dzohkhar Tsarnaeva as a Bob Dylan-like curly headed image, almost a "rock star" lookalike. Outrage about the image was swift and vocal, as The Guardian reported in The Greenslade Blog three days ago. Greenslade wrote:


"The Twittersphere went mad, with tweeters claiming it glamorises and/or glorifies the 19-year-old suspect, not least because he appears in a place coveted by rock stars and assorted celebrities."

Yahoo News reported the outrage under the title Bomber as Rock Star? Outraged by this way of seeing an alleged terrorist, a police photographer at the scene of the arrest leaked photographs showing "the real Boston Bomber" (sic).

As The SUN reported: "A POLICE photographer - furious with Rolling Stone magazine for 'glamourising' the surviving Boston Marathon Bombing suspect - has released gritty images from the night Dzhokhar Tsarnaev was captured". [The police photographer is now suspended pending an inquiry.]. The Boston Magazine released the story under the headline: The Real Face of Terror: Behind the Scenes Photos of the Dzhokhar Tsarnaev Manhunt. Media reporting the release of the images of the arrest of Tsanaev indicated that Sgt Sean Murphy, the police photographer was furious about the photograph chosen for the cover of Rolling Stones: "Murphy said in a statement to the magazine that Tsarnaev is evil and his photos show the "real Boston bomber, not someone fluffed and buffed for the cover of Rolling Stone magazine" (The Australian, July 19th, 2013). The release of the second set of images did not satisfy some critics, who argued that what we should be seeing are images of the heroes who rescued victims on the day (as a celebration of positive bystander behaviour), or photographs of the victims as they were in life, as a celebration of their lives "cut short". [I have argued with myself about the "ethic of seeing" either version of Dzohkhar Tsarnaev in this Blog, and have decided not to reproduce either here- they can be found readily using a Google images search]. 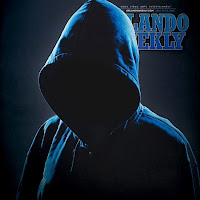 Another story broke at the same time that Sgt Murphy leaked photographs of Tsarnaev's arrest. A "Not Guilty" verdict was handed down on July 13th 2013 for Zimmerman following his trial for the gun slaying of 17 year old black American Trayvon Martin. Martin was unarmed and on his way home wearing a hoodie, when Zimmerman confronted and killed him. Martin's look as a young black American wearing a hoodie at night was used to justify his killing, and ultimately won Zimmerman the Not Guilt verdict. The hoodie has emerged as a cultural symbol as a protest against racial seeing.

In both instances, although for very different reasons, the look mattered. In a recent article, visual sociologist John Grady (2013) argued that visual research was "at the crossroads":

Photographic data provides a more direct record of the actual events being investigated than any of the other major forms of data collection used by social researchers. They also capture the immediacy of the moment as it appears to the picture taker. Nevertheless, interpreting photographs, and pictures generally, often requires significantly more inference than other forms of data, because the analytic frame that is present in the interview schedule, or the chronological account of the ethnographer's observations, or the story telling strategy of the person being interviewed, is not found in pictures.

In the case of disaster imagery contestation over the look provides context for photographic data, and for our sometimes complex and contradictory understandings about ourselves in the world. The Boston Bombing disaster, and the personal/social/political disaster that befell Trayvon Martin, the Martin family and to North America's heart and spirit were played out in part through a post-disaster battle over images. Many protests have been triggered in response to Zimmerman's acquittal.

Global Post has developed a photo-essay related to the Martin case. Many are now asking on behalf of Trayvon Martin: "What does real justice look like"? What does community safety look like?

These are worthy questions for those using visual studies methods.